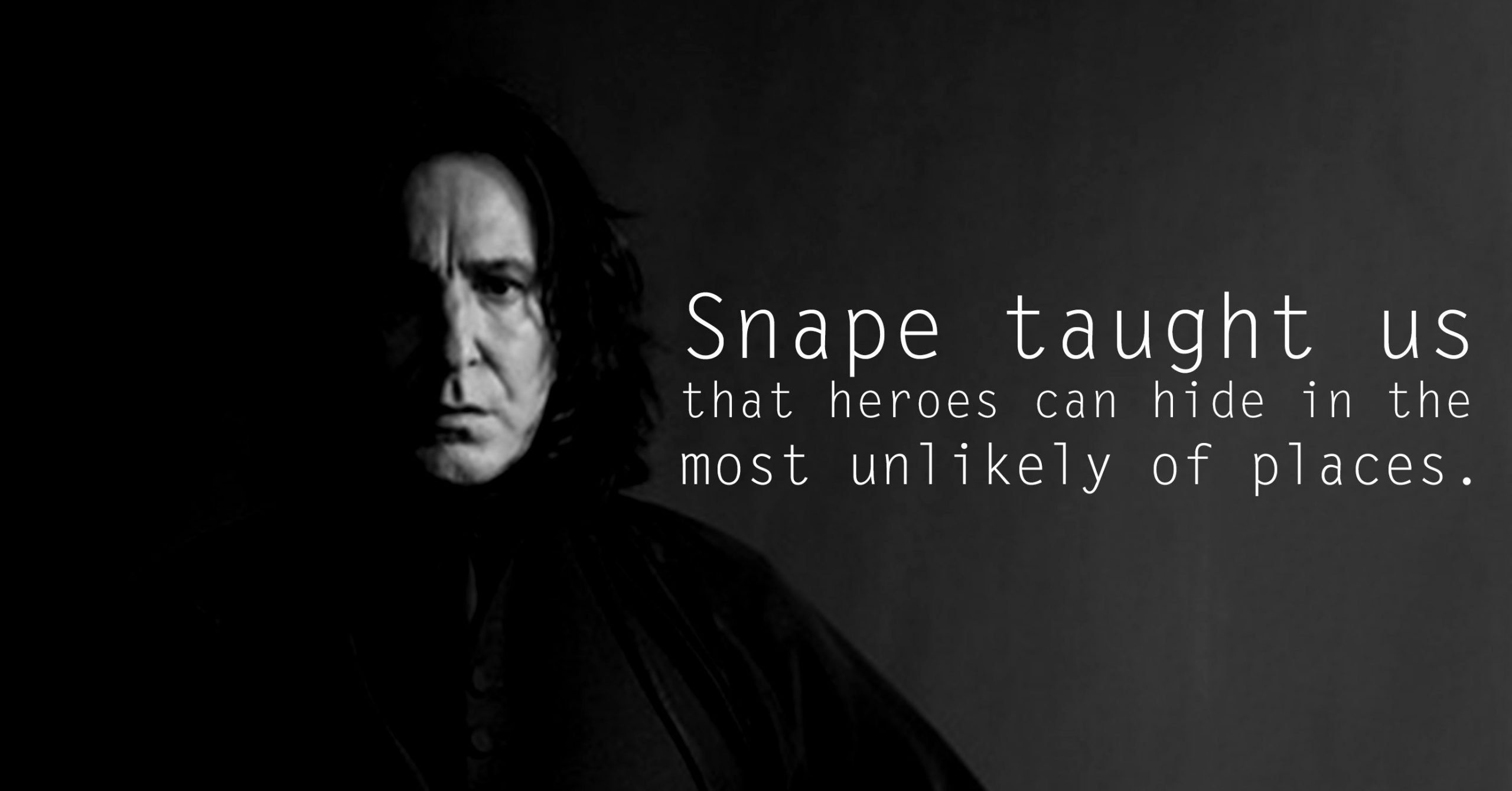 Yes, I am a potterhead! I love it! So here are some of my favorite quotes… Guess who is my favorite char?! 😀

“To the well-organized mind, death is but the next great adventure.”

“If you want to know what a man’s like, take a good look at how he treats his inferiors, not his equals.”

“When in doubt, go to the library.”

“But you know, happiness can be found even in the darkest of times, if one only remembers to turn on the light.”

“Harry witnessed Professor McGonagall walking right past Peeves who was determinedly loosening a crystal chandelier and could have sworn he heard her tell the poltergeist out of the corner of her mouth, ‘It unscrews the other way.’”

“It is the unknown we fear when we look upon death and darkness, nothing more.”

“I’ve always wanted to use that spell.”

“That is just as well, Potter,” said Snape coldly, “because you are neither special nor important, and it is not up to you to find out what the Dark Lord is saying to his Death Eaters.”
“No — that’s your job, isn’t it?” Harry shot at him. He had not meant to say it; it had burst out of him in temper. For a long moment they stared at each other, Harry convinced he had gone too far. But there was a curious, almost satisfied expression on Snape’s face when he answered.
“Yes, Potter,” he said, his eyes glinting. “That is my job.”

“Well, it may have escaped your notice, but life isn’t fair.”

There was a long pause, and slowly Snape regained control of himself, mastered his own breathing. At last he said, ‘Very well. Very well. But never – never tell, Dumbledore! This must be between us! Swear it! I cannot bear… especially Potter’s son… I want your word!’

‘My word, Severus, that I shall never reveal the best of you?’ Dumbledore sighed, looking down into Snape’s ferocious, anguished face. ‘If you insist …’

“Would you like me to do it now?” asked Snape, his voice heavy with irony. “Or would you like a few moments to compose an epitaph?”

“But somebody else had spoken Snape’s name, quite softly.

The sound frightened Harry beyond anything he had experienced all evening. For the first time, Dumbledore was pleading.

Snape gazed for a moment at Dumbledore, and there was revulsion and hatred etched in the harsh lines of his face.

Snape raised his wand and pointed it directly at Dumbledore.

A jet of green light shot from the end of Snape’s wand and hit Dumbledore squarely in the chest. Harry’s scream of horror never left him; silent and unmoving, he was forced to watch as Dumbledore was blasted into the air. For a split second, he seemed to hang suspended beneath the shining skull, and then he fell slowly backward, like a great rag doll, over the battlements and out of sight.”

Harry Potter and the Deathly Hallows

There is an old saying: kill one man, you’re a murderer. Kill a million, a king. Kill them all, a god. So tell me, WHAT are you?

My dad taught me everything except how to live without him...

Grief is like living two lifes...
One is where you pretend that everything is okay and the other is where your heart silently screams in pain.
#missyoudad #heaven #loneliness #family